New Zealand should use rugby power to advantage 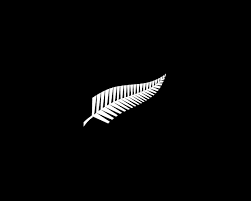 The 2015 Webb Ellis Cup final was a summation of everything the All Blacks stand for and what a superb demonstration of determination by coach Steve Hansen to show just how rugby can be played, even under the weight of the law book, when a team has a positive approach.

All the concern about what the Australians would bring at the breakdown was knocked for six the moment the ball was kicked off to start the game. Huge tackles knocked the stuffing out of Australia and while they scored two tries to come back, they lacked the composure that McCaw and Carter provided – one with his leadership the other with his control around the field.

It is the end of an era, one of the finest in the history of an historic side who carry their legacy not as a burden, but as an inspiration to greater deeds.

McCaw's endurance and consistency set an example that will be the standard for the next 100 years while Carter's efforts will have a statistical impact and his match management will be forever the measure of first five-eighths, who will have to have a high tackle quotient if they are to be fit for comparison.

Ma'a Nonu showed just why the All Blacks selectors stuck with him when others wanted him out. Conrad Smith, a superb touch in Nehe Milner-Skudder's try as a reminder of all that he brought to the game.

Keven Mealamu – a timely run in space with ball in hand as the All Blacks sought control in the final quarter and no doubt Tony Woodcock was heavily involved, along with Wyatt Crockett in the scrum build-up during the week.

So what of the future? Already there will be excitement about what players like Codie Taylor, Sam Cane, Malakai Fekitoa, Beauden Barrett, Aaron Cruden can bring to the All Blacks.

The British and Irish Lions loom in two years time. With such a core of experience moving on, we should recall what happened in 1998 when a similar body of players retired or went off-shore. It won't be easy, victory will not be as common, or as emphatic.

But that's all part of the enjoyment.

Just two parting thoughts, how ridiculous would it have been had Australia won and moved to No.1 in the world rankings? Given their record since 2011 they should have been nowhere near an All Blacks side who had lost only three Tests over the four years.

The rankings are a joke and are not reflective of the state of the world game.

And how much leverage does this effort give Hansen around the table when it comes to discussing the way the laws should be applied in the future? How good would it be to be a fly on the wall during that meeting?
Posted by Lynn McConnell at 2:39 PM 2 comments:

George Hook writing for the Irish Independent gets it. A refreshing appraisal of New Zealand rugby, and I love the way he used Giotto di Bondone to illustrate his point. Mind you, his last point about the weather didn't bear fruit.

George Hook: Mike Ross wouldn't get within an ass's roar of a New Zealand jersey 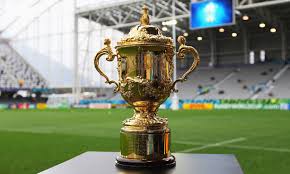 Consider the story of Giotto di Bondone, an Italian painter from Florence, generally considered one of the first great artists to contribute to the Renaissance.

The circle was considered so perfect, that many assumed it had been done using a compass. Giotto's incredible talent was showcased in that one simple shape.

I am often asked about the secret behind New Zealand's rugby success. Watching the All Blacks annihilate France on Saturday night, I thought of Giotto's story and the simplicity of brilliance unfolding before my eyes.

There is nothing complicated about New Zealand's approach to the game. Rugby Union has always had its roots in a core group of basic skills, but it is how New Zealand refine these skills and the pace at which they execute their game that sets them apart.
Simply put, New Zealand are masters in the art of simplicity.

The fundamentals of the game are second nature to the All Blacks. Every player is expected to be able to pass, run and tackle to a high standard. No position is excused.

To put it into context, Mike Ross wouldn't get within an ass's roar of a New Zealand jersey. That may sound harsh, but the All Black tradition demands that every player is able to perform the basic functions of the game to a certain standard.

Ross is well able to prop up a scrum, but the rest of his game is non-existent when compared to his New Zealand counterparts.

Throughout this tournament Owen Franks has demonstrated that he is as comfortable passing the ball off the base of a ruck as he is lifting in a lineout. In New Zealand, numbers on shirts are irrelevant: each player is seasoned in the fundamentals of the game.

New Zealand's trust in their skills and belief in their ability, despite any external pressures, allows them to do what other teams seem incapable of.

In sport, like in life, the best solution is often the simplest.

We can see similar elements in Argentina and Australia's approach. South Africa are perhaps the sole dissenting voices in the Southern Hemisphere style of rugby today.

If New Zealand are masters at honing the basic skills, the Springboks are dead set on dominating the physical side of the game and they tend to tailor their approach around their genetic, God-given strengths.

When Japan shocked the world with their opening round victory against Boks, coach Heyneke Meyer vowed to return his team to the old South African traditions. Since then, South Africa have been pretty dull to watch, but extremely effective in bashing up the opposition.

Tomorrow's semi-final represents the ultimate clash in styles. New Zealand, with their instinctive, expansive approach, and South Africa with forward power and physical strength to the fore.

For me, there can only be one winner. What New Zealand did to France last weekend was one of the most complete Test performances I have seen. Certainly, France were weak, but to watch New Zealand in full-flight was to witness an exhibition in how the game should be played.

Critics of Richie McCaw and his creative relationship with the laws of the game should save their breath and just appreciate the man for what he is: the best open-side flanker to ever play the game.

If I was in Meyer's position this week, I would be on my knees and praying for rain. The elements are just about the only thing that can save South Africa's tournament.
Posted by Lynn McConnell at 5:30 PM 1 comment:

All Blacks coach Steve Hansen is on flattery alert after Springbok coach Heyneke Meyer's lavish praise regarded the New Zealand team as possibly the best to ever play the game.

As the two teams prepare for their Rugby World Cup semi-final showdown at Twickenham on Sunday morning (NZT), the usual war of words has turned into a mutual admiration society, and Hansen has warned it's all a ruse.

Meyer looked to be reading his compliments from prepared notes during his Wednesday press conference which would give substance to Hansen's claim that it was all part of a Springbok master plan.

"Externally some people have got carried away [after New Zealand's 62-13 win over France], but internally it has been really important to put a full stop on it," Hansen said.

If New Zealand didn't they would go from being great to struggling.

"It is going to require another top performance on Saturday," he said.

"He [Meyer] has been praising us all week. That is a tactic. Whilst I know he means some of it, at the same time I know they're getting ready to rip our heads off and we need to be in that same state. A cunning wee devil is Heyneke.

"Behind closed doors, he is not saying that too much. If we don't come with our A game then we won't get a chance.

"You can't get caught lapping up the praise," Hansen said.

The New Zealanders, who are chasing their first Webb Ellis tournament win away from home soil, were where they wanted to be.

"We are really excited. It has been a great week and we are ready to go," he said.

Hansen added that he didn't think the All Blacks had reached their peak.

"I don't think we've played our best rugby. We went through the pool stages and [the media] were telling us we were struggling, which I really appreciated because it kept us on edge and then we played really well," he said.

It was the same again this week and the prospect was even worse than the loser going home, the prize was worse, having to play the game for third place.

The All Blacks respected the fear of not making the finals.

"It's a stupid man that doesn't fear. If you go into a fight and you don't fear the guy you're fighting then you're either fighting the wrong bloke or you're stupid.

"That fear just heightens everything. It makes sure all your emotions are in the right place so you can deliver the performance you need to," he said.
Posted by Lynn McConnell at 1:32 PM No comments: