McCullum has chance to blaze another trail

Brendan McCullum's success in overcoming all the exterior stress in leading his side to one of the more definite New Zealand Test cricket successes in Sharjah on Sunday may not be the end of his rewards this year. 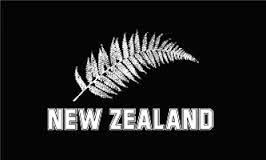 It was New Zealand's 78th Test victory, and its eighth Test win over Pakistan.

Completing the fourth double century of his career en route to 202, McCullum moved closer in second place behind Stephen Fleming on the all-time New Zealand Test run scoring list with 5653 runs, 1519 runs behind while he also gained a share of the New Zealand second wicket partnership record  of 297 runs with Kane Williamson thus supplanting John Wright and Andrew Jones 241 against England in 1991-92.

However, McCullum broke one of the longer standing New Zealand batting records during his innings.

McCullum lifted his total of runs scoring in the calendar year to 969, the most by a New Zealander.

John R Reid lost the grip he had held on that statistic since 1965 when McCullum reached 872 runs, as he posted his 105th run during his innings.

That was a significant achievement and leaves McCullum with the chance, in the first Test against Sri Lanka in Christchurch starting on Boxing Day, to become the first New Zealander to achieve 1000 Test runs in a calendar year.

Reid's was a significant record to break given he played in an era of reduced Test match opportunities, and the occasion was helped in 1965 by New Zealand playing a home series against Pakistan before setting out to tour India, Pakistan and England, one of the busiest years in their Test history to that point.

However, the mark has been under an assault in recent times with Ross Taylor, who got within six runs of beating the record last year having four of the greatest annual accumulation of runs among the top seven occasions.

Martin Crowe also got close with 820 runs during his great year of 1985, part of which included New Zealand's innings victory over Australia in Brisbane.

It should be noted that Kane Williamson ended the Test on 844 runs and he too has the chance to finish the year not only passing Reid's mark, but also scoring 1000 runs.

McCullum's appetite for runs has been central to the team doing so well and finally starting its move up the ICC Test rankings while the support of Williamson and Taylor, and the emerging value of Tom Latham has given New Zealand the sort of batting stability that is vital to its continuing climb to Test match competitiveness.

To have completed such an outstanding victory in foreign conditions by out-spinning the home team speaks volumes for McCullum's side.

It should not be forgotten that it has long been an adage of the New Zealand game that if a bowler can take 10 wickets in a match, that is a significant step along the way to achieving a Test match victory.

Mark Craig's 10 for 203 was the 25th occasion a New Zealand bowler had taken 10 wickets, and he was the 15th bowler to achieve the feat.

Most runs by a New Zealander in a calendar year:

Posted by Lynn McConnell at 6:44 PM No comments: 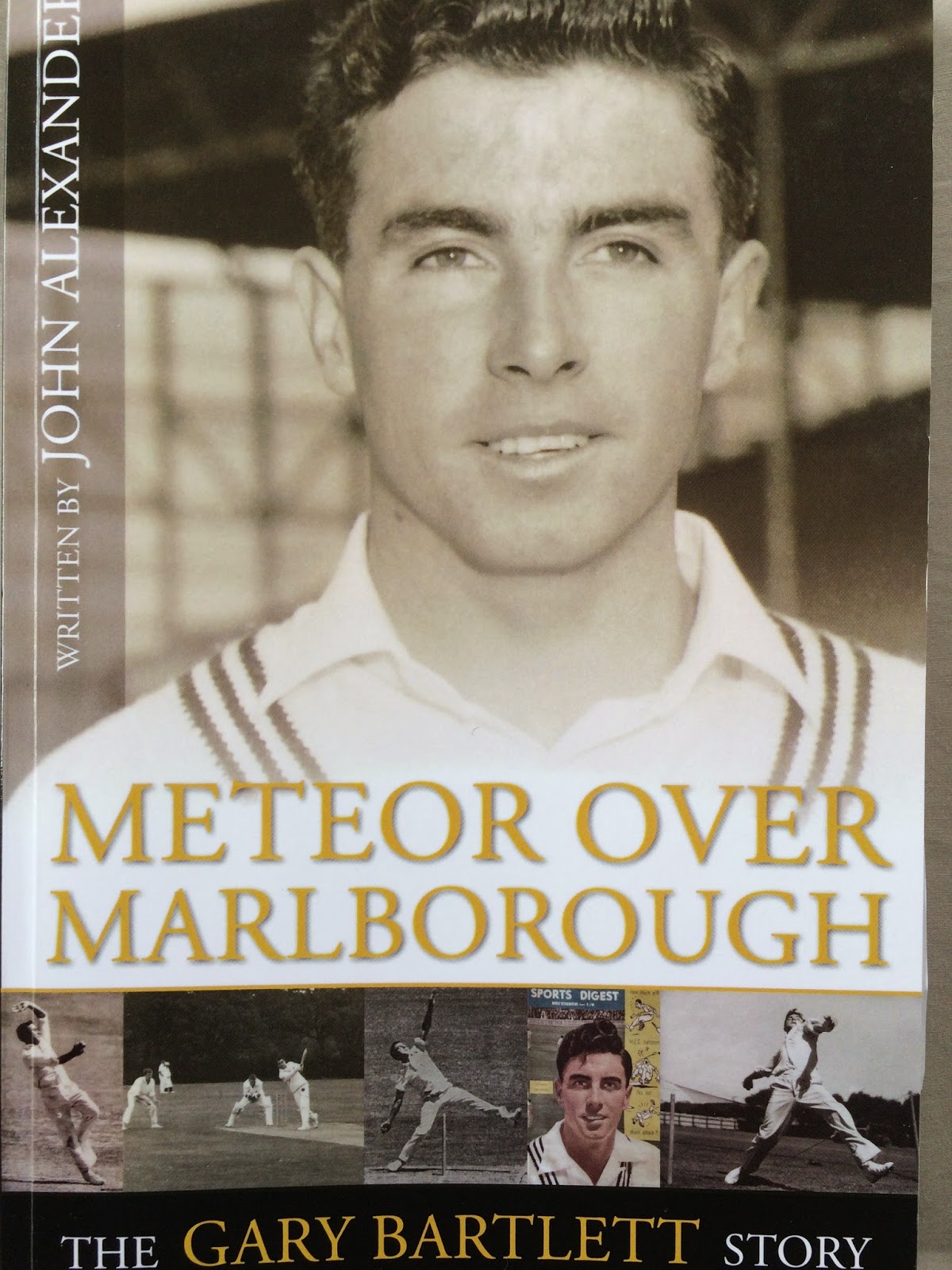 New Zealand cricket does not have a reputation for producing fast bowlers capable of sustaining form or fitness for the long haul.

Perhaps it's something for the physiology professors to work out. Certainly, they would have plenty of case study material from those comets who have exploded across the lower atmosphere in New Zealand.

It is a sad fact that those who have generated speed above the ordinary have burned out all too quickly.

In recent memory Shane Bond is the most obvious example, but before him there was Murray Webb, who terrorised batsmen in domestic cricket in the late-60s early 70s but never had the good fortune to get to bowl in a Test match on a bowling belter.

Richard and Dayle Hadlee each generated lively pace, Richard for a brief period before deciding endurance was more reasonable than express pace while Dayle was never able to shake a back injury suffered almost immediately after he was exposed to international play.

The fastest of them all may well have been Gary Bartlett who had the satisfaction of being a key contributor to three of New Zealand's first four Test victories, two overseas in South Africa in 1961-62 and at home against India in 1967-68.

Comparisons between eras are difficult, especially when timing devices were not as efficient as those on the modern scene.

However, those who have had the chance to see all the possible claimants in action rate Bartlett as the fastest of them all.

But he was to suffer injuries that negated the total impact he could have made.

His story is a fascinating one and has been finally committed to print by former Blenheim sports writer John Alexander.

'Meteor Over Marlborough'  is the end product and it is a fascinating look through cricket of Bartlett's era from a bowler's perspective and which hasn't been recognised as books about John Reid and Bert Sutcliffe are the only books of significance from the time and they concentrate more on those batsmen's feats.

Bartlett was always going to be a cricketer of some reputation. He lived the classic upbringing for sportsmen of his era and before. Living opposite the home of cricket in Blenheim, Horton Park, he was ever-present at the nets and at games in the manner of many boys before him including one young fellow named Bradman who lived opposite the Oval that now bears his name in Bowral.

Bartlett also had some wise men to watch over him, Fen and Arthur Cresswell, two long-standing names in Marlborough cricket. All the contacts who helped him along the way are part of his story.

It was some surprise to the New Zealand slips cordon that awaited the first ball from Bartlett when he made his international debut at the Basin Reserve in Wellington against an Australian Second XI in New Zealand. After seeing the speed unleashed they took several steps backwards before his second ball.

Visiting Australian captain Ian Craig didn't enjoy the experience as he became Bartlett's first international wicket and he picked him five times out of six during the series. Bartlett took 5-51 in the first innings of that first game.

No wonder John Reid moved heaven and earth to have him in his side to tour South Africa in 1961-62. After all the heavy fire New Zealand's batsmen took in South Africa on their 1953-54 tour, Bartlett represented prospective payback.

Not that he was at full strength during the tour, but his mere presence in the New Zealand attack was sufficient to give his side a significant weapon.

Then in 1968 in one of the great New Zealand Test victories he took six wickets in India's second innings at Lancaster Park to set up a win, having started his destructive spell with an old ball that was like a cloth.

It is an indictment of New Zealand's failure to utilise available technical information that cricket has seemed to be perpetually inventing the wheel. Egos have too often got in the way of common sense as coaches think they know best often failing to call on expertise that has been exposed to problems that all new international players experience at some stage or another.

Bartlett is but one example of a technician who had much to offer. Certainly the number of Central Districts cricketers who have sought him should be evidence enough of the value he could be.

His story, Meteor Over Marlborough, should be not only a faithful record of a player who made a difference but also a reminder that there is nothing new under the cricketing sun, and somewhere, someone else has experienced problems and could have information to help players out.

The intellectual property available in New Zealand comes from too small a pool for this realisation to be ignored and so far as Bartlett is concerned it is a case of what might have been had he been able to work with more young bowlers.
Posted by Lynn McConnell at 7:53 PM No comments: