Tennis has an outstanding capacity to produce memorable autobiographies from some of its great players and Rod Laver – A Memoir is no different. 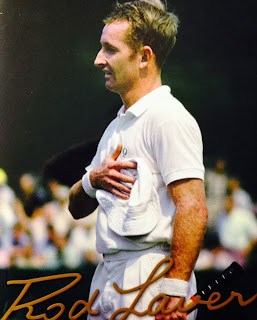 Perhaps it has something to do with the nature of tennis players that they appear to have a greater degree of self-sufficiency than many other sports peoples.

They are more often familiar with defeat, therefore better able to cope with disappointments although that doesn't make losses any less frustrating.
But in recent times the autobiographies of Andre Agassi and John McEnroe have been two examples of books that have gone beyond mere blow-by-blow descriptions.
Rod Laver is from an earlier era, one that pre-dates many who would have devoured the Agassi and McEnroe books with relish.
However, his story is not reduced by comparison and in many ways it enhances their particular stories.
Laver is from a more ordered time, one where the distractions of life were not so great. Yet his story is a graphic example of how much work has to go into a career for success to be secured.
The game was amateur when he started out and until he achieved his first grand slam. These notions may mean nothing to a generation brought up on tennis tournaments worth millions of dollars for participants.
However, every time a winner's cheque is handed over the recipients should tip their hand to Laver and those of his friends who ostracised themselves from the tennis mainstream during the mid-1960s when turning professional.
There was a stigma then in accepting your skills were worth money to you in that post-colonial, amateur time when to many, generally commenting from the security of their own mansions, it was a cardinal sin to believe you were worth more than a pat on the back and a gin at the end of a hard day's work.
As they attempted to ply their trade, especially in the United States, the small band of tennis professionals had to play in some horrendous venues on some unbelievable schedules where events were played between lengthy drives in cars to small houses.
That commitment bred something hard among the band of tennis brothers and when the establishment finally woke up and realised their game was diminished without the professionals, the younger players, like Laver, were well placed to take advantage.
All of the hardships, both physical and mental, are canvassed in Laver's memoir in a book that is not just a record of why today's stars should never forget what their forebears went through but also an example of what hard work, dedication and, ultimately, supreme skill can achieve when developed to the utmost.
Laver won two grand slams, the only player to achieve the feat, one as an amateur and one as a professional. He never lost contact with tennis and is revered by those who recall his influence on the game.
His recovery from a stroke, and his story away from tennis, supplement this book making it a must read to understand why tennis occupies such a prominent place in world sport and to demonstrate what places humility, grace and sheer, unadulterated class, still have in top-flight competition.
Posted by Lynn McConnell at 3:56 PM No comments:

Bob Jones has many literary strings to his bow: novelist, newspaper columnist, political writer, business and management opinion and, of course, boxing writing.

Throughout all his works there is serious intent leavened with insight, humour and observation. But there can be few in the literary world who walk so easily through all the areas Jones manages. 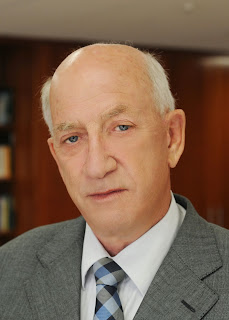 He gets his message across in compelling style and there can be no doubt that his latest effort 'Fighting Talk – Boxing and the modern lexicon' is quite possibly the greatest example of his versatility.

It comprises a study, he would be horrified at the description of textbook, on the use of boxing terms in modern day life. In backgrounding the origins of expressions he also provides something of a history lesson of the finer points in boxing.

At the same time Jones also brings to light, firstly, the mis-use of words and expressions, and secondly the way they creep into accepted usage. Anyone who hears people talking about 'a change of tact' when users mean the more correct, and relevant, 'change of tack' will know what a frustration that can be.

Perhaps the most classic instance Jones highlights is the use of 'lightweight'. To describe someone as a 'lightweight' is generally to demonstrate their lack of gravitas or comprehension, yet the usage is sadly out of place.

As Jones says, some of the greatest boxers have been lightweights so that using the term lightweight to highlight mediocrity is 'an insult to the great featherweight and flyweight boxers who have contributed to boxing's heritage'.

Equally, Jones highlights the misuse of 'a line in the sand'. The term was a line drawn on the ground where boxers would face each other before starting a contest. Nowadays usage suggests to draw a line in the sand is an acceptable end point to events.

'Majority decision' is another oft mis-used term. As Jones points out, it is when two judges award a bout to one fighter while the third judge awarded it as a draw. This is opposed to the 'split decision' where two judges find for one contestant and the third for another.

An example of Jones providing historic perspective was in his dissection of the term 'punchdrunk'. Modern, non-boxing, usage suggests someone is punchdrunk after taking a volley of blows whether in political debate or business transactions.

But as Jones points out, the condition of punchdrunkness is medically known as dementia pugilistica and is a permanent condition. It leads to memory loss, poor balance, slurred speech and body tremors. It is the result of dehydration in weight-reducing, generally by lighter weights of boxers, but also by jockeys and is also suffered ball-heading football players. As part of his discussion on this subject he backgrounds the introduction of boxing gloves to the sport.

His study unearths other gems. Among them is the possible origin of the term 'fan'.

Jones' humour is unleashed on the devotees in sport who pause in their victory utterances to thank the top figure in their particular faith.

"A new millennium trend in boxing is for the cornermen to be ignored and instead credit given by a winning fighter to God, who apparently is a fight devotee, evidently not averse to divine intervention on behalf of his favourites. Assessed on such attributions, God is a particular fan of Latin American and black American fighters," Jones said.

At the end of his book Jones also provides Aphorisms and Metaphors from other sports. They round out an immensely appealing book which is superbly presented by the publishers with an excellent index to speed up the possible search for terms.

As always the conclusion of a Jones book across all the areas mentioned at the outset leaves the reader disappointed that an educational, humorous and point-making treatise has ended. 'Fighting Talk' is right up there with the best of Jones' work.