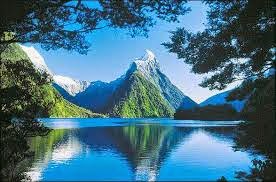 This year's election campaign has got to be one of the most disappointing in recent history.

It may be the uptake of early votes holds a surprise for us yet but it is hard to escape the feeling that the country is sleepwalking its way toward the future.

It doesn't help that so-called leaders' debates are increasingly about the host rather than the combatants. Everything is so sanitised.

Dirty politics came as no surprise. The opportunism demonstrated by the participants merely confirmed a style of government foreign to everything New Zealanders have come to accept.

A country that lent two generations of its young men to two World Wars, which struck out with the people's support on a nuclear-free policy that is still in place and which has carved its own place in the rough-tough world out there, continues to find itself without a vision.

Neither of the leading parties have cared to demonstrate an illuminated path to the future in their election talk.

And one of those parties is heading towards taking New Zealand into a free-trade agreement, and probably the other party is in agreement, about which the voting public have no say whatsoever.

Is this government by the people, for the people?

Perhaps the best analysis of where New Zealand is heading was provided by Gordon Campbell in a piece that deserved far more coverage than it appears to have received. I have no qualms in putting a link to it here.

Frankly, New Zealand deserves better than what has been offered so far in the election campaign.

As Van Morrison so aptly put it, 'We've got to fight every day to keep mediocrity at bay'.

https://www.youtube.com/watch?v=ShMpkx_toFw
Posted by Lynn McConnell at 8:24 PM No comments:

Spring in Auckland, 2014. The Tuis have been going to town.

Posted by Lynn McConnell at 12:33 AM No comments: