Change of flag is timely and natural

There it is out and said.

The debate about whether New Zealand should throw off the cloak of her colonial past, because that is what the existing flag represents, is healthy and timely. 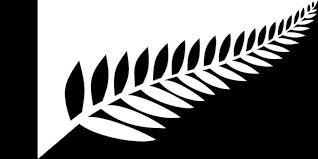 In spite of those who would say the money spent in a referendum could be better spent elsewhere, the debate is a worthy one.

And there are plenty of other funding choices the government has that could be better spent elsewhere so that argument is a red herring and only clouding the issue, conveniently so for those who don't want change.

The Returned Services Association has been to the fore in opposition to a referendum stating the country's services went to war under the flag and that was what they fought for.

The servicemen who fought in World War One answered the call of Empire. But it has been acknowledged that the King wasn't foremost in their thoughts. In many, if not most, instances they fought for their mates. They fought for survival and to be able to walk tall when returning from war for the contribution they made to the effort. And they had the chance to go on an adventure that would not otherwise have been available to them. 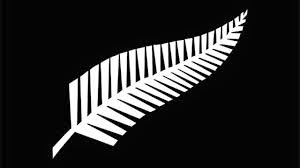 Some went unwillingly, the victims of anonymous white feathers in the mail that signalled they were cowardly for not playing their part.

In World War Two there was a more obvious reason given the aggression of Germany, her expansion plans and, subsequently, the expansionist plans of her Pacific ally Japan.

The New Zealanders of the First World War were not an autonomous unit. They were commanded by British generals whose follies are represented in the Gallipoli campaign which is at the core of the Anzac Day commemoration every April 25. That's not to forget the Passchendaele campaign organised by generals who had never visited the boggy marshes in which men were expected to fight.

By the Second World War New Zealand demanded that autonomy and that was achieved under the guardianship of General Bernard Freyberg, in league with the Prime Minister Peter Fraser. 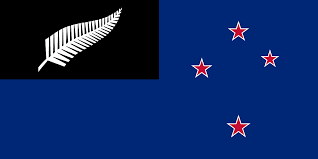 But it is worth remembering the follies imposed on the forces at Anzac were rolled out again in 1941 when ill-equipped, poorly-supported and under-manned forces were sent into Greece in a hopeless bid to stop Axis expansion.

The result? Another fine mess that resulted in New Zealand's Division almost being wiped out in Crete before the war had hardly begun. The British Middle East command, known as the 'Muddle East', refused to acknowledge New Zealand's demand to fight as an individual unit and until Freyberg put his foot down attempts were made to pick off various units for work that suited the British. 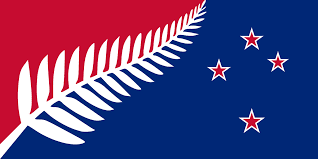 It should also not be forgotten that after years of saying New Zealand's security would be protected by the Royal Naval base in Singapore, to which New Zealand contributed significant amounts of money, that even before the second world war had started the British had decided they couldn't protect Australia and New Zealand – although they declined to tell either country.

There are numerous other instances of sufficient concern to say that not everyone shares the RSA's feeling toward the Mother Country and the link they would retain to her through the continuation of the Union Jack being represented in a New Zealand flag.

Having contributed so much to the war effort, not only in manpower, but also in food production, New Zealand then found herself cast aside and left to fight for herself when Britain aligned herself with the European Community.

Was that what the New Zealand soldiers fought for? Is that why we should cherish the Union Jack on our flag? 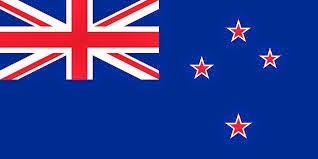 Visit any war graves from the first and second world wars, and the New Zealand headstones will be easily recognisable with their fern design.

New Zealand is an autonomous country, its silver fern is already well known and it should be the centrepiece of a black flag. And claiming it could be confused with the Isis flag is hogwash. New Zealand's sports uniform has been all black with the silver fern since the 1890s. Is that connection to be denied because it clashes with a johnny-come-lately fanatical group?


New Zealand was forced to find its way in the world in spite of her allegiance to Britain and all the lives that were laid down in rightful causes. It is now time to recognise that and strike out a new flag, a flag that is aspirational and built on a legacy of sacrifice not only by the armed services but by citizens from all walks of life.
Posted by Lynn McConnell at 9:30 PM No comments:

Player power appears to have rebounded on the struggling Sharks in Super Rugby this year. 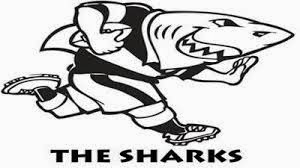 South African journalist Mark Keohane said the departure of former Springboks coach Jake White after only one season with the club was the result of players wanting him out.

Under White the Sharks had won the South African Conference, won two games in New Zealand and three on their Australasian tour and included a first win over the Crusaders in Christchurch.

They were beaten by the Crusaders in the semi-finals. During the 2014 season they conceded 22 tries. But in 2015 they conceded that many in only eight games.

However, the players said he was too much of a disciplinarian who demanded the players report at 8.30 each day for work.

It was reported that there was also a clash in the coaching support given to White by Sharks chief executive and former Springbok captain John Smit. White wasn't prepared to work with Brad MacLeod-Henderson and Paul Anthony who had less than a year of professional coaching experience between them.

White believed the Sharks, with the quality of their squad, their budget and the strength of their brand, should have performed better in the competition and believed only a change of culture would change the results, Keohane said.

After White's departure the franchise's Currie Cup team suffered a 50-point thrashing in the semi-finals but they were retained and joined by Gary Gold just before the start of the Super Rugby season after he had completed a coaching commitment with a Japanese team.

Keohane said: "Smit, Gold and the players don't agree that the Sharks are a squad in crisis. It's all smiles within the group in Durban and the leadership has been dismissive of critique around the coaching appointments and player recruitment."

Meanwhile White, coaching Montpellier in France, has seen his side in with a chance of making the play-offs. His key weapons? Discipline and defence.

Who will win out in the end? At the moment the Sharks are ninth on the ladder, and fourth of the South African sides with one of the worst disciplinary records in the competition.


Perhaps White was right.
Posted by Lynn McConnell at 5:27 PM No comments:

Sanzar cop more strife, from within their camp 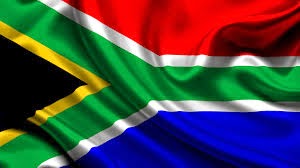 Hoskins said South African players were being harder hit by the judiciary than New Zealand and Australian players. He had made his objections 'loud and clear' at an emergency meeting with key figures in judicial and disciplinary structures.

He cited Reds lock James Horwill's second red card of the season and the one week he received for a swinging arm on a player's neck, Reds flanker Liam Gill's one match suspension for a tip tackle and Hurricanes lock James Broadhurst's one week for kneeing a player in the face.

Hoskins said he hadn't wanted to speak out but told South African rugby writer Dan Retief he had had enough.

"I feel we, as administrators, are fighting one fight and do not have the support of our judicial and refereeing panels.

"To be absolutely honest with you, I am at my wits-end, because I am seeing how we are being torn apart on the field of play and by judicial decisions, and we are not getting the support we should be getting from these people, who are part of our organisation [Sanzar]," he said.

Hoskins was at the Sharks-Crusaders match and claimed there were several incidents against Sharks players that had gone unpunished.

While Deysel had done a 'stupid thing' in kneeing Matt Todd in the head, it wasn't injurious, he said.

"But still, it's not allowed, and he got a red card and a heavy suspension, while the others were not even cited," he said.

Meanwhile, South Afric's referees' boss Andre Watson has appeared in front of a disciplinary hearing after a list of grievances, including verbal abuse, victimisation and his abrasive management style were made against him by 24 local officials.
Posted by Lynn McConnell at 1:29 PM No comments: