Through all the ups and downs of New Zealand cricket it had been wondered if modern batsmen had the temperament to play the sort of defensive match-saving innings that Mark Greatbatch immortalised at Perth in 1989.

Brendon McCullum demonstrated the know-how and determination is still there with a priceless effort at the Basin Reserve, and in the process became the first New Zealander to achieve 300.

Both the Greatbatch and McCullum innings started in similar fashion attempting to fend off defeat. Greatbatch scored 146 and batted long enough to deny Australia the time they needed to push for a victory. However, McCullum went one better and played New Zealand into a position where they could push for a win. That made his effort all the more impressive. Interestingly, it continued the historic fact that of the eight 300s scored by New Zealanders in first-class play, six of them have had connections with Otago. Bert Sutcliffe scored his two 300s and Roger Blunt his playing for Otago. Glenn Turner scored his playing for his English county Worcestershire while Ken Rutherford and Mark Richardson were representing New Zealand when they scored theirs. The odd man out is one of the openers in this Test Peter Fulton who broke the cycle for Canterbury when he scored his 300.

Along the way he secured another world record for New Zealand with his sixth-wicket partnership of 352 with BJ Watling, whose involvement in the match-saving effort should not be forgotten as he posted his third Test century.

McCullum was required to play out of character and it was that aspect of his innings that was most endearing. The further he went the greater the demonstration of his batsmanship and it was an outstanding example of his skill which deserves to be fully acknowledged by the sometimes unforgiving New Zealand public.

Test cricket is the most exacting testing ground for players, and the feats that are remembered longest about players are those associated with the Test match game.

McCullum has engineered two home series wins this summer and has enjoyed having good support around, most notably from Ross Taylor who had his own batting moments to savour against the West Indies.

These are the efforts around which New Zealand's recovery and movement up the Test rankings are built around. Add to that the achievement of securing an effective bowling attack and the future looks rosier. And then there is the emergence of two genuine all-rounders in Corey Anderson and James Neesham with a superb century on debut in Wellington, and there is even greater hope.

No greater example of the hold McCullum has taken on the team could have been imagined than his Wellington innings. He is already among the greats of the New Zealand game and more rewards surely lie ahead.
Posted by Lynn McConnell at 3:27 PM 1 comment:

Good on the Greens. At last a party prepared to offer some basic, common-sense vision on something as simple as utilising nature to provide solar power for New Zealand households.

This is the sort of thing that should have been picked up long ago by the more mainstream parties.

At a time when the country is crying out for employment opportunities, the idea of a degree of self-sufficiency in terms of household power usage offers plenty.

It defies belief that a country in New Zealand's position is not already a world leader in this regard.

With the amount of sunshine available year round it makes good sense to utilise the advantages nature provides. 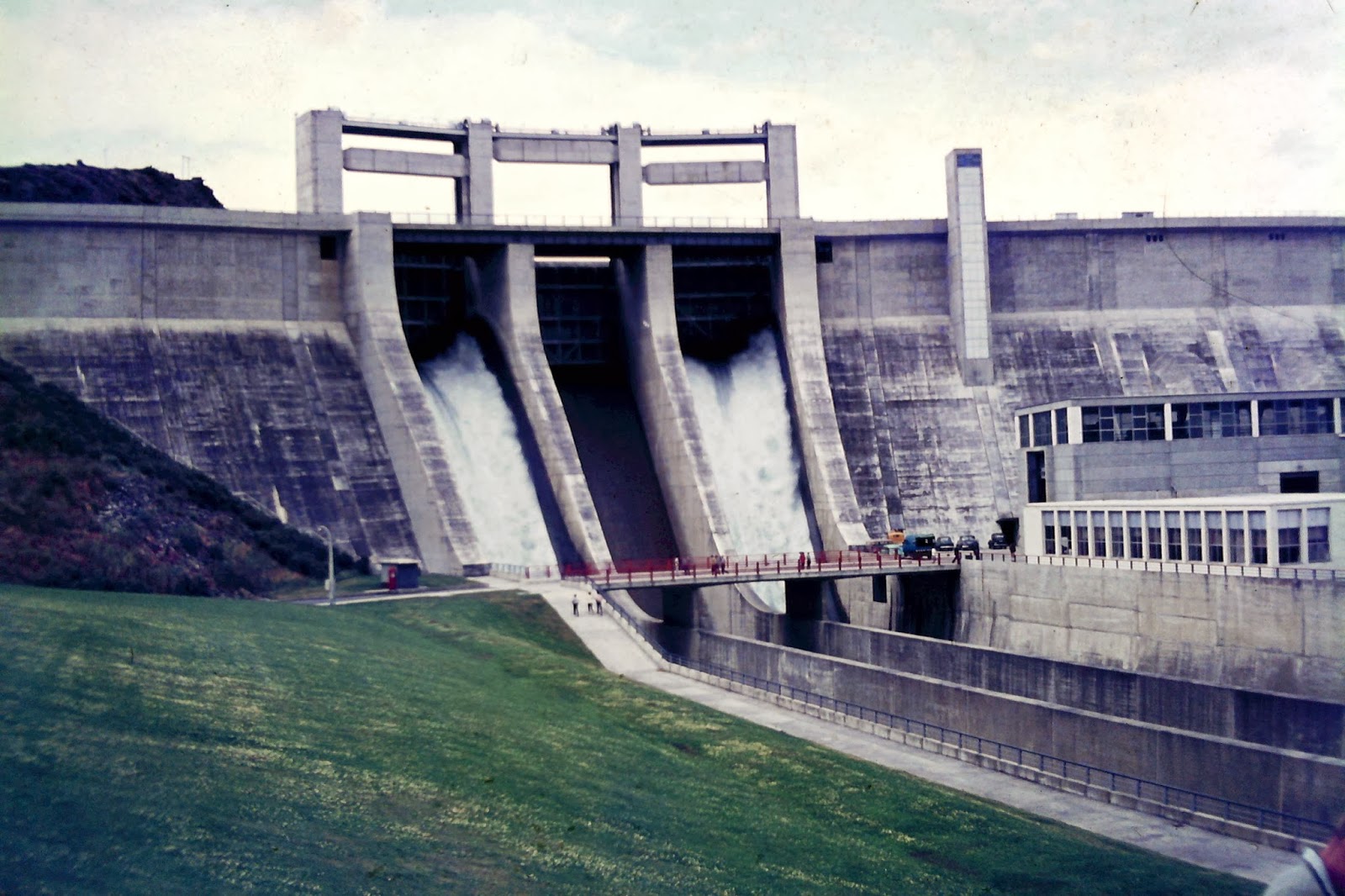 For too long that vision revolved around hydro-electric power. But flooding land to achieve the dams to feed that method is a finite prospect. It would be fair to say New Zealand is almost at saturation (pardon the pun) point with that method.

In an earthquake prone country, no-one in their right mind would ponder atomic power, just as much as they wouldn't ponder a tunnel as long as that planned through the mountains in Fiordland to make life a little better for overseas tourists in getting to Milford Sound. But that's another debate.

The reluctance to have solar power readily available to most households in New Zealand is of course a publicly inspired initiative to keep the power resource in the grip of those organisations operating as State-owned enterprises and the profits rolling into the shareholders, and the Government.

It was amusing to see the Minister of Energy and Resources, Simon Bridges, immediately disparage the Greens policy by pulling out the old hoary one about pulling out the printing presses to print money. Pray tell him someone that that is what the world's leading economy has been doing to keep the United States afloat since about 2010. Next thing he'll have Cossacks dancing across our television screens and Reds hiding underneath the beds.

It would be fair to say that Bridges is a pontoon or two short of living up to his name in attempting to 'bridge' the yawning gap between the public acceptance of his off-shore drilling programme and the solar energy policy which is guaranteed to find plenty of support among New Zealanders.

Bridges, who constantly fails to see that his belief that he knows best demeans his arguments, is in danger of criticising something that he may well find his party supporting as they get closer to an election that requires them to launch some copycat policies in order to hold onto the power (again, pardon the pun) they covet.

If a country like Greece can make use of solar power when it lacks the natural advantages of water-borne power that New Zealand has utilised to capacity, then so can New Zealand.

The Greens policy will create jobs, a superior infrastructure and probably some extra power to be fed into the national grid to reduce the need for further invasion of the landscape for hydro-power.

Now how about coming up with another job provider with a second national railway line to take some of the pressure off the country's roading infrastructure?
Posted by Lynn McConnell at 2:03 AM No comments:

Well might New Zealand captain, and man of the match, Brendon McCullum breathe deep after the 40-run win over India in Auckland on Sunday.

New Zealand's historic inability to mount reasonable third innings totals remains a bugbear for the side as the 105 registered at Eden Park shows.

But, in reality, his team need not have been in the position they were had McCullum enforced the follow-on.

Having won the Test, McCullum might well say any consideration of his choice is irrelevant. But that is to deny the benefits to be had from reviewing every performance.

What is worrying about his decision is whether there is an understanding of 'The Wilkins Theory'?

Brian Wilkins was the New Zealand scientist who worked out what made the ball swing, and it was clear listening to commentators, yet again, during the match they continue to get it all wrong.

At one stage, one commentator said New Zealand were bowling without the cloud cover they started with and were not getting as much swing as a consequence.

This is rubbish but it has been proffered for so long it has become accepted fact.

What those statements don't take into account is the fact that on third morning, in bright, sunny conditions, and later on the fourth afternoon, when the second new ball was taken, again in sunny conditions, the ball swung.

So cloud cover is a misnomer.

Wilkins believed the swing effect was induced more by evaporation, just like those shimmering scenes seen in movies based in the desert where characters in the distance ripple their way into the action.

That movement in the air was what helped create swing. Wilkins said that was why the ball could swing in hot, sunny conditions, in Adelaide or Karachi, where there was no cloud cover.

And the best conditions were when there was heat around after overnight rain, especially.

What we saw in Auckland on Friday night was a terrific downpour.

The sun came out on Saturday morning and the fact play began at the earlier proscribed start time was evidence of just how much heat was around.

That meant swing was always going to be available and the discomfort it caused India was immediately apparent.

McCullum's bowlers had hardly worked up a sweat when India were all out for 202. The obvious thing was to put them back in again because the conditions were all in New Zealand's favour. And the fact NZ were all out for 105 shows just how much that was correct.

The game could have been all over by stumps on the third day had New Zealand's bowlers retained a sense of their direction during the third afternoon.

The concern is that by a seeming lack of appreciation of the theory of swing, as studied by a New Zealand scientist, New Zealand were required to reinvent the wheel and deny themselves an even more convincing Test win over India than has been achieved.

New Zealand's brains trust do not have enough resource to play with to continue to deny this method of attack which stands up to almost any scrutiny anyone could wish to apply.

Cricket could be so much easier to play if better use was made of the intelligence at hand.
Posted by Lynn McConnell at 9:32 PM No comments: