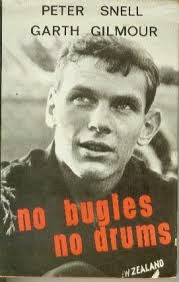 Sir Peter Snell was clearly an athletics freak, yet it can only be wondered what might have been missed had he not been inclined to check out what Arthur Lydiard had to offer as a coach.

Fifty years on from his finest expression of his abilities on the track in Tokyo at the 1964 Olympic Games, Peter Snell's feat in winning the 800m-1500m double has never been repeated by a male.

Clearly the most dominant middle-distance runner of his era, Snell achieved at a level that can only be admired, all the moreso with the passage of time. That the 800m world record he set, on grass, at Christchurch's Lancaster Park in 1962 still stands as New Zealand's best time over the distance is testimony enough to his class.

There were many other aspects of his career that demand admiration.

But it is his moves after competing in Tokyo, and then coming home to set two more world records at meetings in Auckland in November 1964, that provide a demonstration of his drive.

His subsequent move to study in the United States, and his achieving a doctorate in exercise physiology is just as inspiring in demonstrating that in spite of not making the most of his ability in academic terms in his youth, he was able to achieve subsequently.

It was no mean feat to be named New Zealand's Sportsman of the 20th Century but it was just one of a host of accolades this remarkable Kiwi achieved.

He spoke with me as a celebration of his Tokyo success 50 years on at Radio Live in Auckland in September 2014.

You can listen here:

McCaw, Carter can lead All Blacks to World Cup win

Robbie Deans still has the desire to coach the All Blacks. 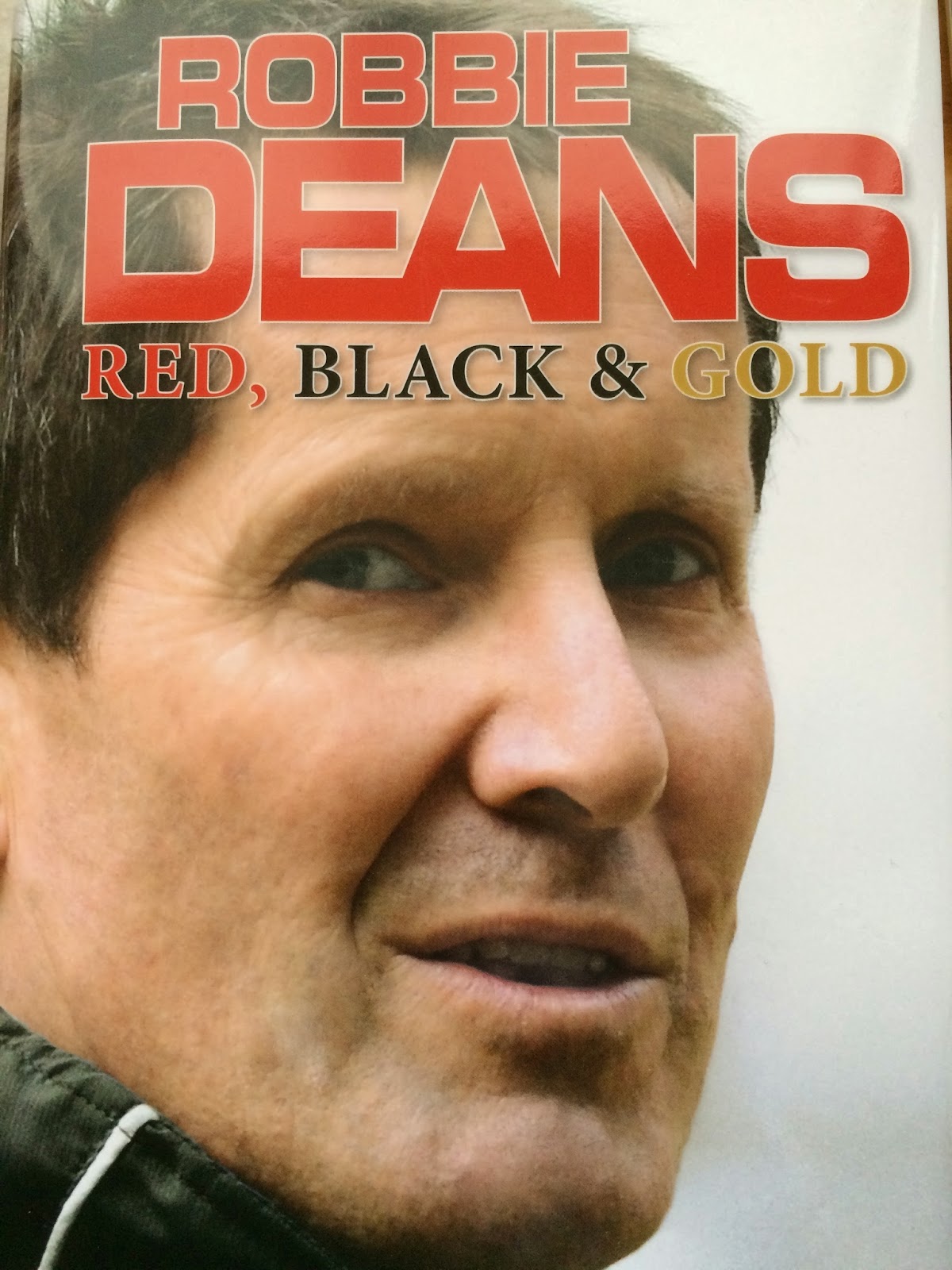 In Auckland to begin a nationwide tour to launch his autobiography, Rugby in Red, Black and Gold, Deans pre-empted the obvious question from the media by introducing the subject himself.

"You've got the best players in the world and they are players who understand the responsibility they have, and the privilege they have."

Deans said he wasn't obsessed with the position, and that was probably a good thing. But it was a case of not knowing what was around the corner. For the moment he was enjoying his stint with Panasonic in Japan.

He felt the All Blacks were playing well at the moment and making a strong case for their World Cup campaign next year.

New Zealand were still benefiting from the key move they made in 2003 when they put a 'huge amount of work into leadership', within the All Blacks to ensure they could master their own destiny.

"It didn't happen quickly. They thought they were ready to go in 2007 but ultimately they weren't. Richie [McCaw] talked about it himself in his own book. It takes time but to win the World Cup you have got to have genuine leadership beyond the captain.

"You have to have a captain of substance for a start and he's got to have a support crew and New Zealand have done a huge amount of work on it and they have done it very well.

"You see it routinely, getting home in games late. That's not about directions from the coach's box, that's about those blokes out there," he said.

The All Blacks would go well in next year's World Cup, he said. They were driven, had good leadership and they had an opportunity to do something that had never been done – to win away from home and to be the first team to win three World Cups.

"I'm not a betting man, but I wouldn't be betting against them," he said.

And two of the players he introduced to Super Rugby and International rugby, Richie McCaw and Dan Carter had roles to play in the exercise.

"He continues to defy the norms. What he puts his body through and the fact he continues to grow, and you constantly get these suggestions that he's no longer as good as he was. What a load of nonsense.

"He just keeps ahead and he uses everything he's got to do that, but most importantly with Richie, the point of difference with him now, is that you get another two or three percent out of everyone else around him. So you're talking about another 50 percent from the team - simply because he's there. He's making an impact not just by what he does but through his influence.

"It's unprecedented. He deserves the title [greatest All Black] that [Colin] Meadsy had for so long," he said.

Deans said it was no surprise the All Blacks selectors were giving first five-eighths Dan Carter all the time to come back into the side. He could still be a point of difference.

"I would be confident he will get that job done. He doesn't fail in too many things he sets his mind to. His experience, his left foot, his defence, his attack, his decision-making are the defining things in those moments and we haven't seen him at that end of a tournament – the business end of a World Cup, we haven't seen him yet.

"He's a bit like Richie, he could take it to another level and in doing that, I'm not talking about as an individual, I'm talking about his influence on the whole group. That's what great players do – they make teams better," he said.

The injuries he had suffered were frustrating, but were down to the speed at which backs played. They were more vulnerable to soft tissue injuries and to impacts because they were travelling faster whereas forwards took blows at a slower speed, he said, adding there was probably a physics explanation of that phenomenon.

Deans believes that despite all the turmoil surrounding his own dismissal and that of Ewen McKenzie, Australia still have the ability to win next year's World Cup.

While feeling some understanding for McKenzie, Deans said international coaching was 'a tough gig' and what was happening in Australia was not good for the game.

He believed coach Michael Cheika was good enough to get the best out of the side. "His flame burns hot and he will get a lift out of them," he said.

Deans said from a New Zealander's point of view it was vital that Australian rugby was strong.

"One of my motivations in going to coach in Australia was actually the importance of Australia to New Zealand. It is very important to New Zealand rugby that Australia is competitive and strong. And having been over there and experienced the environment, it is a tenuous environment. It's a tough environment," he said.

But the game had to be viable.

"They are competing in the world's toughest tournament, [the Rugby Championship] which was a point of advantage so long as the side remained competitive and the game remained viable domestically and that's their biggest challenge.

"Because they are competing in the toughest sporting environment in the world in terms of other codes [AFL, NRL and the A-League]. And they're all village games, wherever you go people have an interest down the street and that's rugby's challenge in Australia," he said.

"Cheika knows the context [rugby politics] intimately. But he doesn't get involved in the off-field stuff. That will be an asset.

"The politics don't worry him, he's his own man," Deans said.

And having the ability to pick his own support staff would be vital. Deans said not being able to choose his own people had been like 'coaching with an anchor'.

"Michael Cheika knows the situation. He came out of the heart of Randwick and was a good appointment for the Waratahs and his personality is such that he doesn't get involved in the off-field stuff. He tends to drive his thinking, and his actions and the group to the things that are important to them.

So far as the 'enfant terrible' who was behind all the controversy, Kurtley Beale was vital to the Australian side.

"Kurtley Beale is a great kid but he does some daft things. He's vulnerable to the company he keeps, and that's the key. It would be a great shame to see him lost to the game. He's got a point of difference and he's a player people turn up to watch."

Posted by Lynn McConnell at 8:28 PM No comments:

Wallabies can still win World Cup in spite of turmoil

Former Wallabies and Crusaders, and All Blacks assistant coach Robbie Deans believes that despite all the turmoil surrounding his own dismissal last year and the resignation of Ewen McKenzie, Australia still have the ability to win next year's World Cup.

While feeling some enmity with McKenzie, who resigned after Saturday's 28-29 defeat by the All Blacks, Deans said international coaching was 'a tough gig' and what was happening in Australia following the Kurtley Beale textgate controversy was not good for the game.

He believed incoming coach Michael Cheika was good enough to get the best out of the side.

"His flame burns hot and he will get a lift out of them," he said.

Deans said from a New Zealander's point of view it was vital that Australian rugby was strong.

But the game had to be viable.

"They are competing in the world's toughest tournament, [the Rugby Championship] which was a point of advantage so long as the side remained competitive and the game remained viable domestically and that's their biggest challenge.

"They are competing in the toughest sporting environment in the world in terms of other codes [AFL, NRL and the A-League]. And they're all village games, wherever you go people have an interest down the street and that's rugby's challenge in Australia," he said.

Australian rugby was poles apart from New Zealand, however.

"The distinction between Australia and New Zealand is essentially the background of the players – what they've come out of and what they go back to routinely and from that end they are poles apart."

New Zealand had a much more competitive structure right through the grades. There was a strong schools competition in New Zealand whereas Australia's top schools played about six games a year.

"Players are only as good as the competitions they come out of. It starts from age group because they whole way through there is competition and players become accustomed to competing and accustomed to the fact they need to keep growing and developing because they understand the moment they relent someone will go past them.

There were no guarantees either financially or in playing strength that Australia could remain at the top. Finance was always an issue while there was the prospect of a mass exodus of players after the World Cup.

New Zealand had been through the same situation and it was in 2001 when a high performance meeting was held to set priorities in place. It was something New Zealand had been able to do because the NZR control the revenue streams and control most of the appointments. Through that power they can make decisions in the best interests of the game.

They realised that if the All Blacks jersey suffered they might not have anything to run off.

Deans said he was still enjoying the game and was enjoying the change in Japan with the Panasonic club but he said he didn't know what was around the corner but he was up for whatever was.

"My grandfather stopped me playing basketball once. I suggested I was going to play basketball and he said, 'I don't think so' and closed it down very quickly. Imagine if I told him I was going to coach the Wallabies?"

He said he was much better equipped as a coach now as a result of his experiences for whatever comes.

Posted by Lynn McConnell at 8:19 PM No comments: